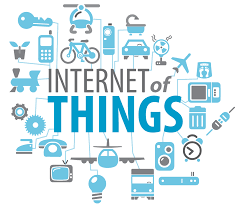 Acronyms – Technical terms that you may want to learn a few

by aionman
in News and Tips
Comments

The tech industry loves its abbreviations! You may want to learn a few of them.

Here’s a brief list to kick off, but Google is your friend in tracing many of these. Feel free to suggest more we should add to this list.

AD – Active Directory, the address book in a Windows server that remembers who is who

CAL – Client Access Licence, pronounced as Kel(vin), a method of making sure you buy enough copies of software for everyone

CAPTCHA – Completely Automated Public Test to tell Computers and Humans Apart, those weird squiggles you sometimes need to decipher and type to log in to web sites

DHCP – Dynamic Host Configuration Protocol, the rules a server uses to give everyone a unique IP address

GB – Gigabyte, a measure of memory or disk space. Equivalent to about a thousand million letters

IP – Internet Protocol, usually referring to the unique number allocated to a computer on a network, represented by four 3 digit numbers separated by spaces

MB – Megabyte, a measure of memory or disk space. Equivalent to about a million letters

Mbps – Mega bits per second, speed or bandwidth of a network. More is better

MCP – Microsoft Certified Professional, a certificate you can earn through a multiple choice exam to show your knowledge of Microsoft products

MCSE – Microsoft Certified Systems Engineer, a certificate you can earn through a multiple choice exam to show your knowledge of Microsoft products. Harder than MCP

NAS – Network Attached Storage, a box of disks you attach to your network to give lots of storage space

NAT – Network Address Translation, part of a firewall that connects your network to the internet

PING – is a computer network administration software utility used to test the reachability of a host on an Internet Protocol (IP) network.

PSU – Power Supply Unit, the power supply in your computer.

QoS – Quality of Service, when mixing voice and data you might want to specify that voice signals receive a higher QoS so that phone calls sound better

RAID – Redundant Array of Inexpensive Disks, a way of connecting hard disks so that data is not lost if (when) one or more breaks down

RAM – Random Access Memory, the memory in your computer that it uses for running programs. Forgets everything when the power is removed

RDP – Remote Desktop Protocol, a way of connecting to computers via the internet to administer them

SAN – Storage Area Network, like a NAS but bigger and faster

TB – Terabyte, a measure of memory or disk space. Equivalent to about a million million letters

TCP/IP – Transmission Control Protocol / Internet Protocol, the code computers use to talk to each other over networks

VM – Virtual Machine, a way of running several instances of a computer on powerful hardware

VPN – Virtual Private Network, a method of securely connecting computers across the internet

XML – eXtensible Markup Language, a file type that includes both information and descriptors telling programs what the data means