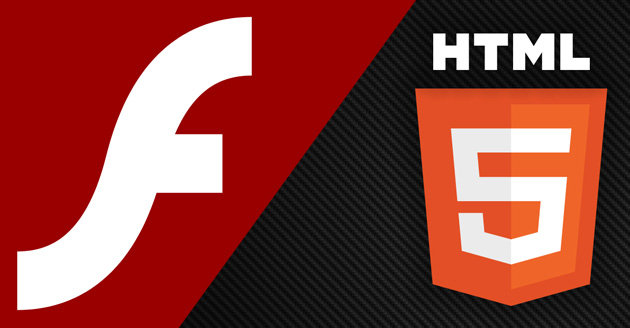 by aionman
in Internet
Comments

Adobe recently announced its decision to pull the plug on its much-criticised Flash format, citing the growing use of HTML5 open standards.
However, because gaming, education and video have come to depend heavily on Flash over the years, its phase out will be gradual.

Adobe will continue to update it with any necessary patches, will maintain browser and operating system compatibility and add features when necessary until 2020.

Adobe is working with Google, Facebook, Microsoft, Mozilla and Apple to make the planned transition as smooth as possible.

According to Google, 80% of desktop Chrome users accessed a page running Flash just three years ago, but that figure has declined to 17% this year.

Microsoft plans to phase out support for Flash in Edge and Internet Explorer before 2020 and completely remove Flash from Windows. It already has begun the process for Microsoft Edge, with click-to-run for Flash found in the Windows 10 Creators Update.

By the end of 2020, all computers running Windows will remove Flash in both browsers.

“As a security professional, I can’t overstate how happy I am that Adobe is finally retiring Flash,” said Mark Nunnikhoven, vice president of cloud research at Trend Micro.

When Flash debuted in 1996, it provided an effective way to deliver rich web applications and video content. However, Flash has become outdated with many critical security vulnerabilities as it exposed many users’ systems to threats when they did nothing more than visit certain pages.