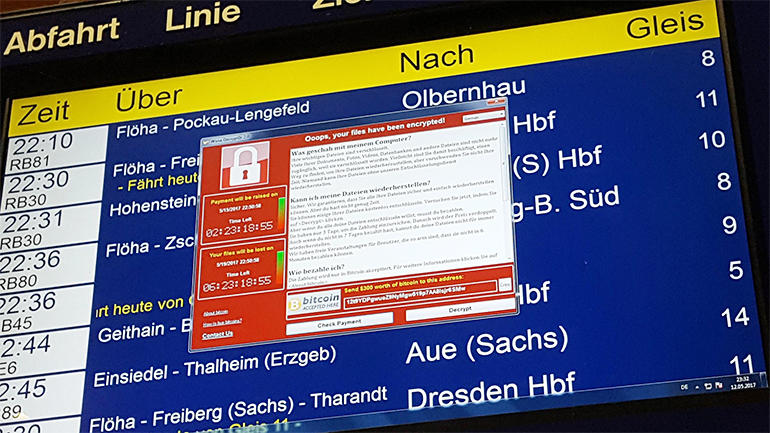 Almost three months on from the WannaCry ransomware outbreak, those behind the global cyberattack have finally cashed out their ransom payments.

The WannaCry epidemic hit organisations around the world in May, with file-encrypting malware powered by a leaked NSA exploit attacking Windows systems, infecting over 300,000 PCs and crippling systems across the Americas, Europe, Russia and China.

The UK’s National Health Service was particularly badly hit by the attack, with hospitals and doctor’s surgeries knocked offline, and some services not restored until days after the initial outbreak.

WannaCry even continued to claim victims after the initial outbreak; June saw Honda forced to shut down a factory due to an infection and speed cameras in Victoria, Australia also fell victim to the ransomware.

While the attack was certainly high profile, mistakes in the code meant many victims of WannaCry were able to successfully unlock systems without giving into the demands of hackers. A bot tracking ransom payments says only 338 victims paid the $300 bitcoin ransom demand – not exactly a large haul for an attack which infected hundreds of thousands of computers.

At the time of withdrawal, the value of the wallets totalled $140,000 thanks to changes in the valuation of bitcoin.

Five minutes later, three more withdrawals of between 7 bitcoin ($19,318) and 10 bitcoin ($27,514) were made in the space of another 60 seconds. Ten minutes later, a final withdrawal was made, emptying the remaining bitcoin from the WannaCry wallets.

While they has many legitimate applications, cryptocurrencies like bitcoin are popular with hackers and cybercriminals because the nature of Blockchain means it’s difficult – although not impossible – to trace the payments. Whoever has withdrawn the funds will likely launder the money in an effort to ensure it can’t be traced back to them.

“The difficulty that the WannaCry ransomware authors have is laundering or spending their Bitcoins in a way that doesn’t identify themselves,” Mustafa Al-Bassam, security expert at Secure Trading told ZDNet

“If they want to exchange their Bitcoin to fiat currency, they’ll need to use a currency exchange, which will have information about or leading to their identity. If they use a tumbler then they can hide the source of these funds to make the exchange look innocent”.

There’s no official confirmation of who carried out the attack, but both private cybersecurity firms and investigating government agencies have pointed to North Korea as the culprit.

A month after WannaCry, companies around the world found themselves being hit by another fast-spreading cyberattack in the form of Petya, which like WannaCry is still causing issues for some of those affected.

Unfortunately, the success of WannaCry and Petya infection rates means many cybercriminal groups are attempting to copy the worm-like features of these viruses for their own ends.